Summer is fast approaching and the last thing you probably want is your child to be cooped up in the house all day long playing video games or watching TV. That’s why Adaire Theatre is offering something fun to do through its summer camp. 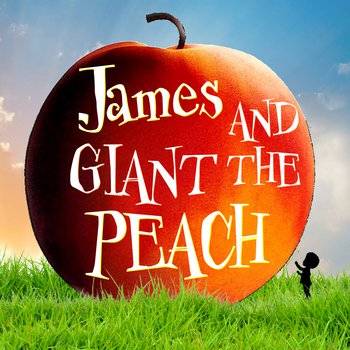 “Every time we hold a camp I always have a great time, but this one has me really excited,” said Kendall Payne, founder of Adaire Theatre. That’s because this year the kids participating will perform “James and the Giant Peach”. It’s a show that takes Payne all the way back to when he was in sixth grade. It’s the first show he ever performed in. “James and the Giant Peach” is an adaptation of the classic novel by Roald Dahl. It’s about a boy, his insect friends the size of humans, and their trip across the ocean in a giant peach. On their journey, they encounter sharks and face hunger. Things get really interesting when they end up on the top of the Empire State Building.

Payne says it’s a show for the whole family that’s sure to have a lot of laughs. The camp is for kids in grades two through 12. “It’s five days and I guarantee the word ‘bored’ won’t be in anyone’s vocabulary that week,” Payne said. “There is so much we have to do in such a short amount of time. The kids will be learning singing, acting, and dancing techniques, all while memorizing lines and musical numbers for the big performance at the end,” he explained.

Payne started Adaire Theatre not only to share his love of acting, but to give people a chance to experience what it’s like to be a professional actor.  “Putting up a show in such a short amount of time is not uncommon in the professional world. Whether you’re two years old or 62 years old it’s hard work for everyone. What I want these kids to realize is that they can do it,” Payne said.

Payne said anyone is welcome to be a part of the camp. No acting experience is required. He says one of the best parts is seeing someone who has never been on stage before go from being shy to taking the stage by storm. “That’s what it’s all about. Parents are always shocked to see what was inside of their child all along. It’s the most gratifying feeling,” Payne said.

Registration is open, and the camp will take place Monday through Friday, July 22-26, 2019 from 9 a.m. to 5 p.m., at the Pulaski Elks Lodge on 8 West Main Street in Pulaski.  Kids should bring a beach towel, water bottle and lunch daily. Snacks will be provided. Tennis shoes need to be worn each day. The cost is $150. There are scholarships available based on financial need. To register for the camp visit adairetheatre.org.

The camp will end with a public performance of “James and the Giant Peach” on Saturday, July 27, at 7 p.m. at the Elks Lodge. The cost is $5.

“It’ll be a week they never forget. They’ll have so much to be proud of,” Payne said.

Welcome to Macaroni Kid Roanoke! Your resource for Family Fun in Roanoke. On our site, you'll find family friendly events, articles and guides for kids and families in the Roanoke area.